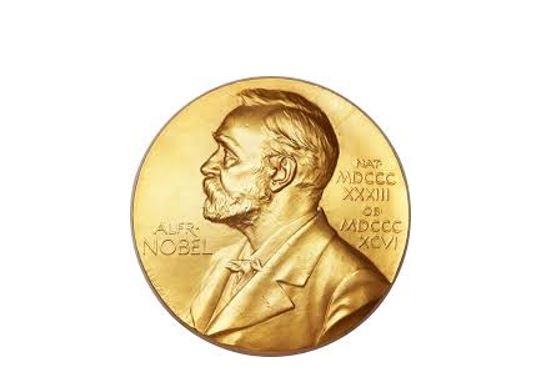 To my knowledge, there isn’t a Marketing Nobel prize, perhaps there should be; maybe marketing folk are not the kind who deserve them; perhaps it’s not academic enough for Nobel prizes? That said there is one individual who has contributed so much to our understanding of how the human race makes decisions to buy, where to invest, which train to take and a myriad of other daily choices that they surely do deserve a Nobel Prize. That individual is Daniel Kahneman. The author of Thinking Fast and Slow, but also a highly skilled empirical psychologist who really established our understanding of judgement, decision making and the inherent cognitive bias that pervades the way that humans behave in real life.

It’s perhaps obvious that the human brain doesn’t have unlimited capacity or time when making decisions. Evolution has seen to that, the early humans that didn’t see the Sabre tooth tiger approaching had less chance to pass on their genes than the ones who did! Consequently, we’ve evolved to make quick decisions based on instinct that is informed by past events but conditioned by expectation; even when a deeper understanding or longer consideration would show the decision to be wrong. These are cognitive biases; the genius of Kahneman’s research was to show what these biases were and how they affect our daily decisions. The subject of his book Thinking Fast and Slow is how to avoid these quickfire decisions and reflect more deeply to get better answers.


What has this to do with Marketing?


Firstly, Marketing people tend to give lots and lots of information about a particular product, particularly if it’s some form of technology. Cognitive bias means that we actually don’t want this we’d rather have just enough to make a choice no more (don’t confuse me with all those facts!) Humans don’t really want to study the details, they just want to decide and move on. How many tender documents are actually read in full? Not many!

Humans are programmed to prefer what they have and resist change, Kahneman actually calls this “Status Quo Bias” it’s less challenging and requires less effort than establishing something new. Marketing folk call this brand loyalty. It’s why it’s much easier to keep a customer than win one, the current customer really doesn’t want to go through the pain of finding a new supplier and the prospective one needs a substantial incentive to change.

Closely related is the endowment effect, we value what we have far more than an alternative that we don’t; even if that alternative is demonstrably better. The British are particularly good at this, we disguise it with the term “traditional” After all they don’t make them like they used to!

A lot of Kahneman’s work was about how well we intuitively understand probabilities, is turns out not well at all. We’d far rather avoid a loss than having a larger gain with a similar probability. It turns out we’d invest about as much effort to avoid losing £5 as we would to gain £10. Consider all those products that are sold with ”free” carriage, it’s not free at all; it’s just that we prefer to pay the asking price and avoid the “loss” of the £5 carriage charge; even if the asking price is £10 more than it should be! We also take a very positive view of our own abilities vs others. Ask 100 drivers if they are better or worse than average, and 70% of them will say they are better; clearly nonsense but it helps us feel good about ourselves with all those other idiots on the road around us.

Some years ago, I worked for a company called AMD who sold PC processors in competition with Intel. Their product was faster, cooler and cost 25% less; we had lots of data to prove it. The sales pitch to PC manufacturers was essentially “great news, now you have a choice” At one stroke we’d given the potential customers far too much detail, asked them to make a choice away from something they had already invested in and presented them with an opportunity cost (i.e. a loss) to change. Neatly conflicting with cognitive bias, the status quo bias, the endowment effect and loss aversion in a single sales call. Intel then introduced the Intel Inside programme, providing extra promotional funds it the PC manufacturers followed some rules with the implicit threat that the funds would be removed if they didn’t follow the rules. Compounding the loss aversion. Little wonder it was an uphill struggle!

I’d like to say that we studied Kahneman and solved the problem instantly, we didn’t. But we did learn to cut the technical detail, focus on how the PC manufacturers could make “smarter“ choices for their own benefit, provide equivalent promotional funds and persuade PC users that AMD was a good choice, thus taking the major risk away from the PC manufacturers. It took a while, but it worked!

Kahneman couldn’t win the Marketing Nobel prize, but, perhaps as consolation was awarded the Nobel prize in Economics in 2002 for his work on behavioural economics. He is listed by The Economist as one of the 10 most influential economists of all time.